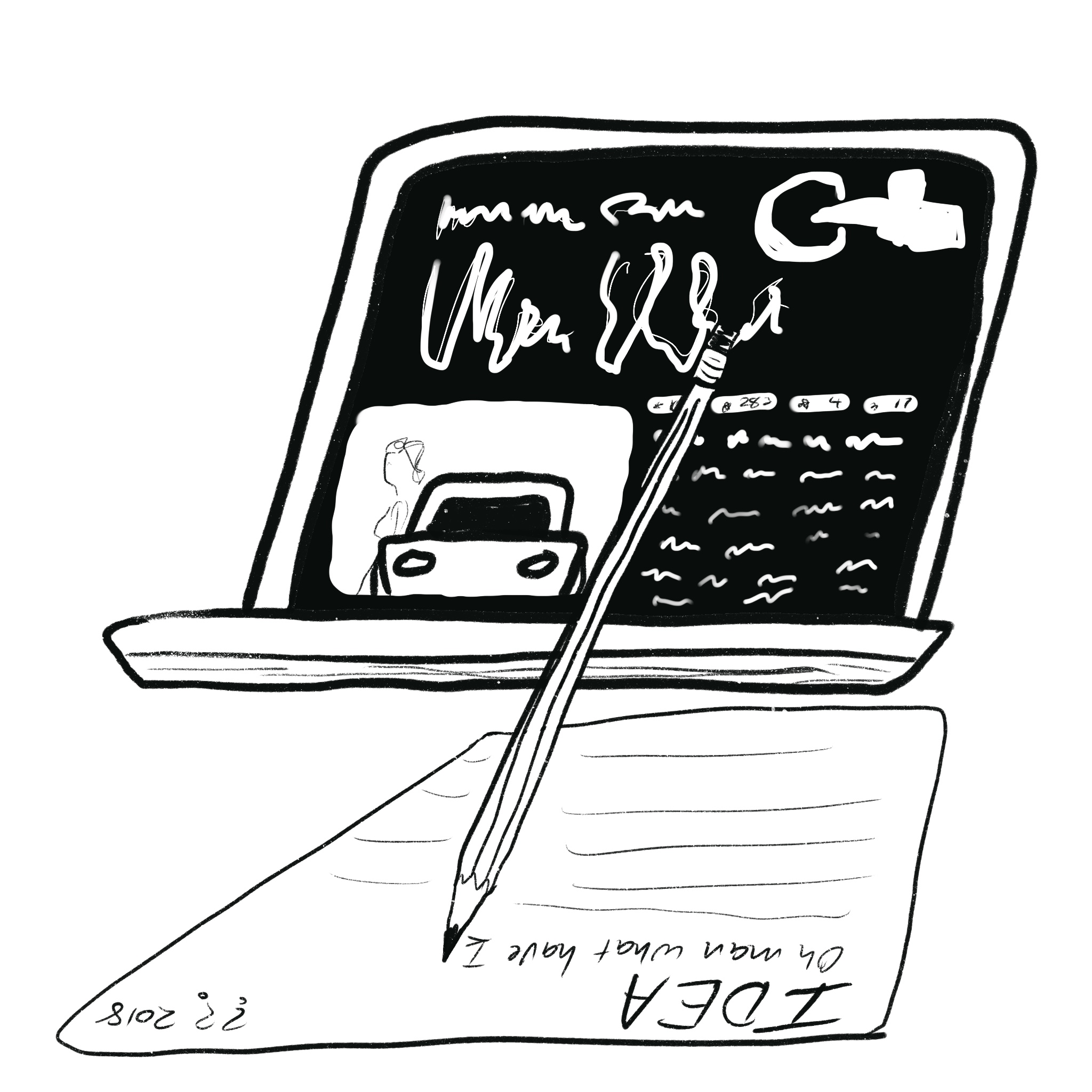 This is only sort of a blog

When I was a kid in middle scool, I used to write messages on my desks hoping that someone else would see it and write something back. Other kids wrote things on the desk. I wasn't the first one to do it. But there wasn't any kind of conversation going on.

No one ever responded to my messages though. I don't think the other writers had the same goals. I always liked the idea of writing to start a conversation. Now, the best way to do it is the internet, and technically everyone has access to this medium.

It's important for a writer to own their a little piece of the web.

So far, I've blogged on Diaryland, LiveJournal, Xanga, MySpace, Wordpress, my old webcomic and Twitter has been scratching the itch ever since.

Then I became a professional writer, so, anymore, I am blogging all the time on sites that lots of writers and editors have made strong by working together. This one is just me.

For a long time I have wanted a new blog, but I couldn't decide how to go about it. Privacy has become something I really cared about so I wanted whatever I made not to track people at all. This site doesn't have anything on it (that I know of) that's keeping track of who you are or what you're doing.

Not that I really expect this site to get torrents of traffic, but it's also some relief that I'll never know if it does. I don't even have an RSS feed on this site.

I did have a few ideas that drove my thinking around making this. First of all, I wanted all static pages. There's no database behind this thing at all. It's just a bunch of straight HTML pages. I wanted it to be cheap just because it seemed silly to pay much for something I knew would be a light load on any host. And I wanted a service that I was fairly sure wouldn't spy on readers.

I looked at some CMS's that generate static web pages but they all cost too much and required using Amazon Web Services, which is a nightmare for a non-technical person. Then it hit me that I could probably just code each page myself, by hand. And that's when I hit on a really silly idea:

What if the site had no overall style? So here's the plan: I have a basic file I pull up each time I make a post and I modify that. This will no doubt change over time. The front page could look very different by this time next year. I could iterate a lot on how this thing looks and works. But those style changes will be "append only" (if you will). I won't change the posts that went up before the style evolved. So if a post looks one way today, that's probably never going to change, even if the style of the site shifts a lot.

Maybe sorta fun? Maybe sorta silly? It's fine. This is not a high stakes project.

Here's the the thing about my blogging: I've never been very good at on my own. I've always been interested in a lot of things. I have always had a lot of opinions. The fact that the internet wants to have some idea of what to expect from a website has never prevented me from veering all over the place.

Every time I start a new blog, I promise myself I'm going to focus, but I never do.