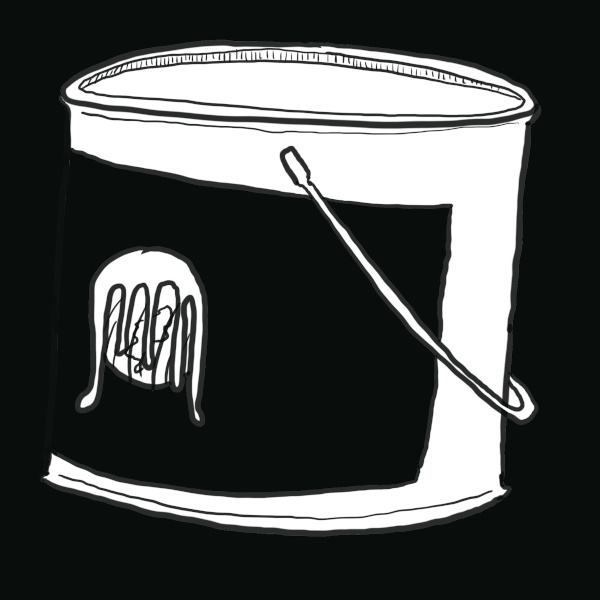 In June, the local National Public Radio affiliate in New York City, WNYC, did an investigation into lead paint in the city's public schools. Long story short: lead paint is bad for kids and they found it.

A part of what made the investigation remarkable to me is this: they only managed to get into four schools. From the story on Gothamist (which is owned by the radio station):

"Most schools did not want to participate. But we were able to gain access to four buildings — two in Brooklyn, one in Queens and another in Manhattan. In all four cases, principals and/or PTA officers have been notified of the results so they can act on the information."

In other words, most of the city's roughly 800 schools did not want to let a reporter into their building to test and see if attending it put children in danger of ingesting dust from decaying paint. Dust which can cause developmental delay, increased tendency toward violence and weight loss.

Real talk: How is denying a reporter access to a public building even an option?

This is obviously an important story because kids shouldn't be exposed to lead paint, but when I listened to this story on public radio one morning this summer, it spoke to a larger narrative to me: Every institution of any kind, from public institutions to private ones, to companies with nothing more than a dozen staffers and some venture money, make hiring communications staff one of their highest priorities.

I began my career about 20 years ago in DC politics. At that time, the communications director was a new role at most non-profits. Now, they are ubiquitous. Everyone has them. The primary job of people in this industry is to control the message around their employers so that the institution that pays them maintains a positive public image.

In short: their job is to limit access to the truth and when the truth does leak out, to spin it.

Spin is toxic. It just so happens that in the case of spin and lead paint in public schools, it's literally toxic. Here's the paragraph that follows the one I quoted above:

The assumption should be that a reporter can assume to have access to public buildings rather than finding it difficult. One could object and say that the fact that schools are used by children make them a special case. I feel like this is debatable for a reporter covering schools but in this case it really doesn't matter. The reporters on this story could have easily done their reporting outside of school hours.

As a reporter myself, I can guess how the story behind this story proceeded, not based on any knowledge of the work but based on my own experience. The team working this story went through the public schools' communications' team. They got the runaround. Emails requesting to discuss the angle of the story. Long periods of silence. Negotiation. Failure to ever come through on a time to let them in. Maybe even promises to do so but with a request to "circle back" and then? Nothing.

Then the reporters went around the official channels and they managed to get inside four schools, because the other ones were too scared.

After they did find lead paint, they got comment from the mayor's office:

"Under the city’s current health code, DOE is required to visually inspect parts of schools occupied by students six-years of age and under once a year, and to keep records of those inspections. A spokesperson for the mayor said DOE goes above and beyond that mandate by annually testing painted surfaces in pre-K and kindergarten classrooms using portable X-ray fluorescence analyzers, which can detect the lead content of paint.

"'We have no way to corroborate the testing methodology or results reported on in this story,' the mayor’s office said late Sunday night. 'And as confirmed by the Department of Health, the school setting does not present a principal [sic] risk of lead exposure, and the DOE’s protective protocols help to ensure that schools remain safe.'”

Now, let's imagine that you're that spokesperson.You represent the institution with final authority over the schools. What do you do when a reporter comes to you and says they have data showing that kids in four city schools are in danger and that the only reason they don't have data about more is because they couldn't get in?

Do you say: "Holy crap that's a really bad sign and we better re-prioritize this issue" or do you take a defensive posture and attempt to minimize the reporting of an institution that has a rock solid reputation for good reporting?

What do you see in the passage above?

This is a career path now, undermining the truth so that the person who signs your paycheck can keep signing it.

Here's what I learned in my day of training: testing for lead paint indoors is largely pretty silly, because you can generally tell if there's lead paint just by looking at it. Lead paint cracks. Latex paint bends. Lead paint forms these breaks that look like the back of an alligator, and basically anywhere there is lead paint it's going to have cracks like that because all lead paint is very old at this point.

If you aren't sure, touch some part where it's damaged. Bendy stuff is probably latex. Stuff that snaps off probably has lead.

People who test for lead paint pretty much always know when they are going to get a positive result as soon as they walk in the room. They can tell with their eyes. But still we insist on testing.

In other words, there's a decent chance that these communications people know that if you look around New York's schools you will see a lot of lead paint and they don't have the will to deal with it.

So rather than spend money on remediating it, they spend money on people who will run interference on reporters and try to convince them it's a non-issue and open debates about what the word "safe" means.

But the larger narrative that concerns me here is the fact that this is a real profession and it's everywhere. Every story a reporter uncovers, if it's important at all, you can guarantee that there's at least one but probably many people working hard to limit that reporter's access to facts that tell a story in the public interest.

Then, if facts slip out, they work to undermine what they can and spin the facts they can't.