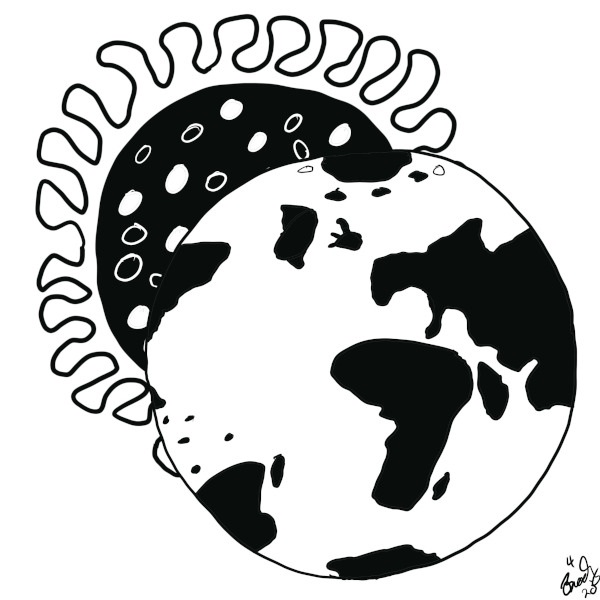 Anticipating how the world will change

We can't anticipate how the world will change over the course of this crisis.

But wherever it ends up, people will be better cognitively prepared if they stay in tune with what a lot of people anticipate. They'll all be wrong but they'll guess bits right at the edges. Having an idea ahead of time gives people a way to conceptualize what really does occur.

There was an interview in The New Yorker this week that everyone in media seems to be reading. It was with the writer Fran Lebowitz, and she summed up predictions nicely:

"Here’s what I do know: anything that anyone thinks will be happening when this is over, everyone will be wrong. Including me."

I think what we do will be less a decision and more a reflection of how we all feel. Definitely not what we think! But everyone writing about what they think reflects deeper down what they feel, and some of the best thinkers are really good at feeling, both their own feeling and also feeling other people's feelings — at scale.

Putting that another way: Reading what people say they think will happen is a good way of taking the temperature of how people feel about what is happening.

Broadly speaking, when I look around at what people appear to anticipate, it seems like there are two broad categories. There are the people who see the coronavirus as an opportunity for society to get right with God/mortality/the planet/each other and the people who foresee a dark age ahead.

Not everyone is looking that far down the road though. Some folks are still taking this day-by-day. The people who see it that way are not thinking about either of the questions above. They are simply eager to get back to "normal."

President Donald Trump, I think, sees it as a bad season. China, I think, sees a turning point. To a lesser degree, even if they dislike the President, I think most leaders in the West see a bad season, too, which is in their interest because westerners ruled the world in the last season. China has an interest in foreseeing a turning point because it would like to rule the world in the next season.

More locally, the difference is between progressives who are trying to persuade their fellow travelers, disappointed about Elizabeth Warren and Bernie Sanders, to vote for Joe Biden anyway and those of us who have serious doubts that there is any way to have an election in November that doesn't shred the last bits of legitimacy that Washington, DC enjoys.

Does that sound extreme? Think about how fast things have been moving! What was your view of the coronavirus in February? What is it now?

There are a lot more shocks ahead. The next one might be when the first city goes back into quarantine after coming out.

Some wit on Twitter quipped that March was a very long decade. Marginal Revolution did a good post about entering into an epoch when events move much faster than any other time in anyone's life (even people as old as Beverly Cleary, who turned 104 today).

"I’ve spent a lot of time thinking about how to think about this, because it is a very startling thing to be my age — I’m sixty-nine — and to have something happen that doesn’t remind you of anything else."

So to make a wild pivot: Today I decided I should make public something I have been working on privately for the last few weeks. It's not any big deal and not the kind of deep research a lot of people are doing, but basically I have been returning to blogs to see what people are saying through their own channels about this pandemic.

There's a lot of very deep thinkers out there who have been using blogs to think in public. The quality of this sphere of discourse ticked up a while ago, and I was late to the party (very late) but stunned when I found it. So I've been casually trying to learn this world by lurking.

This pandemic has had an interesting effect on that corner of the Web, because suddenly everybody is largely focused on the same enormous, enormous topic. They used to talk about a lot of things, but mainly they talk about one thing now. Sure we all watch different TV shows, but everybody is in the same conversation.

So here's my log of independent thinking about the coronavirus. I add things to it on the date the thing appeared (not the date I found it, which is sometimes much later), because what matters is the conversation itself and not how I came to it.

This reading drove yesterday's post about what money is, which was inspired by a flurry of much more important posts out there helping to unpack the present economic crisis and the United States' inept response.

The more independent thinkers, I think, can see a little past the horizon.

Feelings at the edges

So back to the larger point. What are the big themes out there? More importantly, what are the sweeping feelings?

The bleakest articulation of the crisis and the bleakest prescription for getting out of it came from Curtis Yarvin (the creator of the blockchain project Urbit and better known as the blogger Mencius Moldbug).

He thinks we need a temporary dictator and a constitutional convention when this is all over.

But the same day I first read Yarvin's post, Jack Dorsey of Twitter tweeted out to a link from someone named Charles Seisenstein called "The Coronation." I think this post is the antithesis of Yarvin's, for what it is worth.

If the title doesn't tell you much of what you need to know immediately, let me unpack it for you. Corona means "crown" or "crown-like." Crown, as in, the fancy hat kings wear. Coronaviruses of all sorts have that name because under a microscope they have kind of a halo look to them. So Seisenstein is comparing the pandemic to the time in some men's life when he is made king. In other words, from the headline he is making this into a transformative event at the end of which people will have more power.

There's spin and then there's a ride on a tilt-a-whirl.

In normal times, "The Coronation" might have been a nice meditation on what it means to be alive. Today it reads like a co-op guy with PhD and Gibraltar-scale complacency. I get it, we fear death so much we aren't sure how to live.

Right, right, right. And in ways his contentions overlap with Moldbug's, in that both note we have gotten so very risk averse as a people that we can't really conceive of the measures that would be needed to get out of the pandemic quickly.

We have, at a societal level, lost the ability to understand that an acute cost now can forestall much greater costs later. Those are not the kind of trade-offs us soft, rich people can handle thinking through.

True, true, true, but also: more people are dying right now than ever. Everyone is going to know someone who died. It's silly to bring this up, but the zeitgeist can be prescient. The biggest movie of pretty much all time just came out last year, Avengers: End Game, and it opened up with a bunch of scenes exploring a world where everyone is just depressed out of their minds because they all have survivor's guilt after tons of people died in a global, pointless event.

Half the population won't die in this crisis like the had in that movie, but it doesn't need to get anywhere near that bad for everyone to feel awful for a long time. Those first scenes might not be so far off soon.

So "the coronation"? You lost me, Charles.

Quick side note, though, as long as we're tapping into the zeitgeist: killing Thanos didn't do any good. Not about the real issue.

Scott Alexander also reviewed The Precipice, a book by Tony Ord, which is about how societally we aren't doing a good enough job thinking about catastrophic risk. Releasing such a book just as a catastrophic event hit didn't exactly give it a shot at a fair hearing at the time most books need it.

Still, Ord's message might still have a chance. These are not ordinary times and when and if society starts to turn the corner, those still standing might circle back to its Cassandras.

I'm not very sure where I stand on this continuum of gloom. At best, I guess I hope I don't die and I stay employed, with the same for my friends and very tiny family. I think I have a reasonably good shot at all of the above, but I also am not taking anything for granted.

Cosmically, I feel like it's a good time for watching one's karma. For myself, here's what I'm reflecting on: I would like to (but have serious doubts that I am) live up to the admonishment from Britain's queen, which Venkatesh Rao quoted in a useful thread on Twitter:

"“I hope in the years to come everyone will be able to take pride in how they responded to this challenge.""