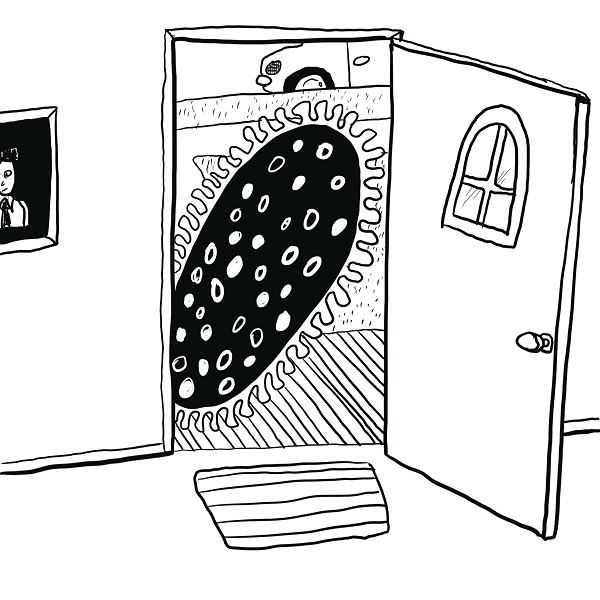 I took a college class on communism and socialism, and one day we had a discussion on the moment when the Cold War ended, debating which moment a scholar could point to as the moment it flipped off.

Different events were discussed and put on a list on the chalk board. I can't remember how the professor analyzed it at the end, but I think he did operate from the assumption that some moment in history was the end, but maybe it would be impossible to ever agree on which one was it.

For example, I remember life prior to the mobile internet clearly, but when was America fully in a mobile internet era? It started with the iPhone, sure, but that didn't get us there. So it's hard to say, but we are in it now.

With all that in mind, there's really just two posts from the COVID-19 era this week that I want to write about because they are the two posts that are by far the most important.

The first post clearly frames this entire essay: Ribbonfarm's post on liminality, attempting to explain by giving the reader a feeling for the liminal and why it's important right now and why this time that we are in right now is definitely a liminal time, though it is pretty hard to say between what and what else.

The other extremely important post just came out last night, and (as is often the case) the person who wrote it has as much to do with its importance as what it said. Marc Andreessen wrote a post on the a16z blog (the venture capital firm he co-founded)(if you aren't familiar, he is very famous in the world of technology and it is a very famous firm — 'nuff said). The post is titled: "It's time to build." Basically, Andreessen argues that the US has gotten too good at not doing things and needs to start favoring doing things over not doing things again.

To my read, Andreessen goes out of his way to kind of not fully be Marc Andreessen in this post. He seems to be trying to say: "Look, I know if you are reading this you probably know some things about me and I'm trying not to write this as the guy you think you know but as a new guy who's main holdover from the old guy is that I still think we should try stuff."

I think these posts go well together. Let me see if I can convince you of that.

So the Ribbonfarm post is an argument that this is a time to be savored, when things are going to feel different than they probably ever will again in your lifetime. He spends a lot of time talking about the PowerPoints popping up on LinkedIn and he has a lot of positive things to say about those PowerPoints. He says the people who are trying to write PowerPoints right now are trying to be present in this unreal state. The blogger, Venkatesh Rao, writes:

"On LinkedIn, people are allowing themselves to actually feel this thing. Fearfully and inartistically perhaps, but these mid-career drones are not staying home, at least intellectually. They are venturing out as best they can. The vast majority of these PDFs and PPTs are the discourse equivalents of poorly sewn home-made cloth masks, with a few sketchy-looking N95s mixed in. Meager protection for the currently wild intellectual outdoors, but better than nothing.

As an aside: this post is the best thing I have read in terms of how to exist during this time.

Back to the larger point, though: A lot of folks haven't gotten around to being present yet. They are still fitting their pre-COVID conception of the world onto the COVID era, and that's no way to live in a time when everything is changing. We are in a phase shift right now. We are going from cultural ice to cultural water. It will be hard to say just when the switch flips, but it's going to feel weird the whole time.

Look say what you want about Andreessen, but I think he wrote this in a liminal spirit. Late in the post he's trying to address different opposed groups and encouraging them to do their thing, but also to do more than object. He writes:

"I expect this essay to be the target of criticism. Here’s a modest proposal to my critics. Instead of attacking my ideas of what to build, conceive your own! What do you think we should build? There’s an excellent chance I’ll agree with you."

Look I know it sounds like I'm treating Andreessen like he's some sort of guru here, and I don't mean to. I just know that people are going to feel like they have to engage with it. That's what makes it a good Rorschach test.

We are in a liminal time, but are you?

If you're not quite there yet, it's fine. You may have more time to get there than you really want to think about. We may be going in and out of quarantine until well into 2022.