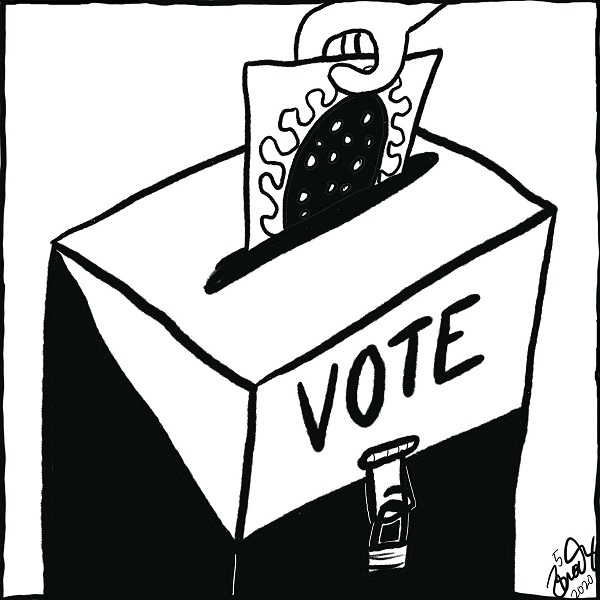 Election Day is six months from today, and I am very nervous about it. I'm not nervous about it for the same reasons as everyone else (my guy, your guy, whatever). I'm worried about the political solvency of the country.

In 2000, the President was selected by the Supreme Court. In 2016, Donald Trump lost the popular vote. Will we face another giant blow to the credibility of our electoral process in 2020?

Now we are looking forward to an election in which it is quite possible we could still be in pandemic conditions. Will that election be one that is solid enough turnout-wise for it to feel legitimate?

The United States already has a serious problem with election legitimacy. Voter turnout is not amazing, usually hovering somewhere around 57 percent of the voting age population.

That could seriously tank if people are afraid to vote because they are worried about getting the coronavirus.

That said, it is worth acknowledging that the recent election in Wisconsin made few voters or poll workers sick, proportionately (definitely some). So that's good news. Maybe in six months it will be clear how to conduct such an event safely, but it's hard to imagine getting over the psychological friction for voters.

I'm not trying to be partisan here but the following is just a fact: It's been an explicit strategy of the Republican Party to undermine voter turnout. There's a new film called Slay The Dragon that does a good job documenting this. Republicans lose when lots of voters turnout.

Personally, I once experienced it directly. When I was living in Wisconsin and working on the University of Wisconsin at Madison campus. One day I walked out of the student union and a young woman was standing there "registering voters." I noticed that she was dressed a little bit too much like an insurance adjuster for the typical student concerned about the democratic process, but I tried not to be too judgemental in those days.

I had recently moved which meant I needed to re-register, so I filled out a form and left it in her hand. When I went to vote on election day, they didn't have me at the polling site. Whatever, I just went and voted at my old polling location. What I'm pretty sure happened, though, was that I'd met a Young Republican collecting voter registrations on a very liberal campus in order to throw them in the trash.

This strategy can only go so far. You can win the battle and eventually lose the war. As Hannah Arendt wrote in her book On Revolution, the great triumph of America is that it managed to have a revolution and then create a thing that gave it's government legitimacy. Legitimacy is not something to be squandered.

Which is all a pretty roundabout way of saying that under the present conditions there's no good reason not to allocate the money needed to switch this entire election to a vote-by-mail election. We should We could. It's the right thing to do.

Guess why we won't?