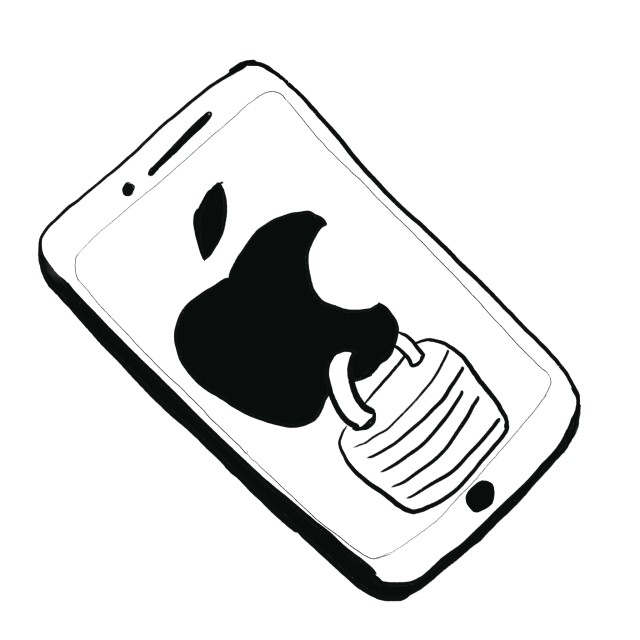 The world is a warren of honeypots, caches of valuable data, each tended by specific tech companies whose business model is based on selling data about what its users do with its application. Those vaults of information are interconnected by tunnels with data brokers and the cybercriminals sneaking through them.

One company (and one company only) could dramatically change the incentives for tech entrepreneurs while deepening its already vast riches in the process. Apple could give developers a new way to make recurring income directly off what they make rather than by selling its data exhaust. In fact, Apple’s sainted position with its users would allow it to do so while also staunching the flow of our private problems, predilections and preoccupations into the cloud's permanent record.

It can’t happen soon enough. The tech industry has too many of our secrets to keep track of anymore.

For example, to combat terrorist recruiters on Facebook, the company hired subcontractors to scan posts and flag ones that incited violence, as The Guardian reported. These workers spent their days watching beheadings. A glitch in Facebook’s system accidentally revealed the identities of these workers, doxxing them to ISIS sympathizers, scaring some into hiding.

Republican political firm Deep Root Analytics was busted by the white hat Chris Vickery for leaving a database of 198 millions voter data unsecured on an Amazon S3 server. What was alarming about the data wasn’t so much the publicly available information about voters and which elections they’ve turned up for, but the additional information that private companies have appended to those records — polling and profiling data about their likely voting patterns and hot button issues.

And then there was Equifax.

The web knows more about us than we’d like, and it will be able to intuit even more as big data analytics gets sharper, but data wouldn’t be the new gold if more pieces of silver flowed directly to technologists rather than passing through the spyware industry first.

It’s simple: Apple should create a subscription system that gives users unlimited access to a bevy of security vetted, privacy-protecting and high quality apps. Say for $9 per month users would get access to a slate of hundreds of ad-free, tracking-free, power-sipping, user-optimized technology built with nothing else in mind but to make the user want to use it as much as possible.

That’s right: I’m proposing a Netflix for mobile apps inside the iOS store.

Why should Apple do this when so many apps are free?

Apple could start to make these apps pay in a way they can’t now. Apps would earn a cut of the pot based on how much users used them. Apple would use some kind of zero knowledge proof to send reports from each subscriber's’ device back to Cupertino letting it know how much each used each app and the money would be divvied up accordingly (like Kindle Unlimited does). Getting on the platform or downloaded wouldn’t be enough. Entrepreneurs have to give users something they keep using.

Companies would also have to show Apple their goods, let its engineer audit their code to make sure it’s as secure and private as possible. If some data has to go to the cloud, fine, but it gets deleted as soon as possible. Everything that can be end-to-end encrypted would be. Apple being Apple would probably also vet apps for design, and more power to them.

Apple is the only company that can do this. There are only two companies that have the kind of store that could credibly launch this kind of program, but no one would trust Google to launch a subscription service that took privacy seriously. Let them follow in Apple’s wake, but this is a place for the iOS store to lead.

Not only would people trust Apple, piles of Apple fans would join it just because they get excited about anything new Apple makes. When they joined, they are sure to be delighted by really excellent premium products from the best talents on the internet.

People are ponying up today for apps like Spotify and Netflix. Attitudes about paying for technology are changing. The time is ht for Apple to put a new tier on its platform, one that lets entrepreneurs put away their spy goggles and get back to simply making good stuff that works well.