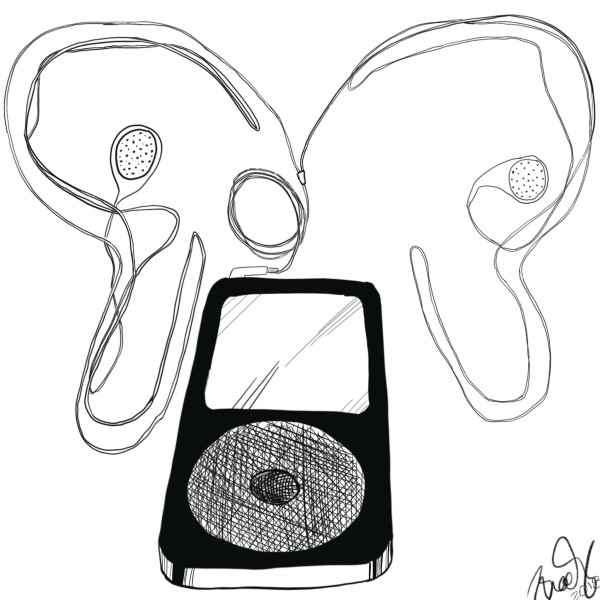 In my opinion, podcasts are one of the best things that people have put on the internet. I thought I'd make a roundup just in case anyone ever wanted to go through them.

If nothing else, they help me remember. A lot of these appearances resulted from my storytelling days, and those were fun. I miss doing shows.

The Coin Talk podcast is very fun, and I don't just think that because it's the only crypto podcast that has invited me on (*cough*). My second appearance is better than my first. On that one we talk about EOS.

On the first I was kind of nervous, and I just sort of talk about what it's like to write about this stuff.

I went into a bit of a slow period there for a bit with podcast appearances there for a while, during my years at The Observer website. I did this extensive four-part series [First, second, third, fourth] series on webcomics as Facebook and Instagram and Twitter ascended to the point where they had effectively become the consumer internet.

A really nice couple that had a successful webcomic called Shadowbinders invited me to come on their podcast to talk about it because the series eflected their own experience. After that, Boing Boing linked to the full series, which was amazing.

I think Technical.ly Media's shortlived podcast was the only one I was on in all of this year. I pushed for us to do this, and I still think the format we did at first. Basically, a few reporters just talked about the themes that crossed all of our coverage. The first ep was especially good because we did it face-to-face and we prepped it well.

At this point, though, I'm not sure these are worth listening to. They are newsy and very much of their time, but, what the hell? The first ep, a year's end look back. On tech firms hiring across the company's various markets. Reporters talk design, ha ha ha - great idea Wink. Then reporters talk about beats that we don't cover.

The powers that be lost faith in the approach we were taking tho, and they went for a more highly produced approach. Alas. I'm always going to think fondly of the first few eps, but I also think there was a real chemistry between me, Chris, Juliana and Andrew.

This one is about whipping myself. It's probably the most widely heard thing I've done. It's from the RISK! Podcast's third appearance in Philadelphia. The crowd wasn't huge that night at the Free Library but it was great to finally meet Elna Baker.

I was actually on another RISK! show in New York but they never put that one on the podcast. The world is missing out.

For a little while I had my own podcast called The World Exists. I did it with four other Philadelphia storytellers but the concept was mine and the mistake I made was being all collaborative about it. I should have made it my thing and invited others to be in on it as needed. The format was pretty demanding. We'd tape five eps all at once in long Sundays. But the product was great! Conversational storytelling. Every now and then I think about bringing a version of it back.

Anyway, these are the eps where I told stories. So the first one is about how I went to prom with a girl I had had a thing for years.

A lot of my stories are about my trouble with the ladies and, as they say, this one explains a lot.

Another problem, illustrated by the acrobatic outcome in this next one, is that I didn't start drinking until pretty late, at least for a kid from Kansas.

Eventually I did end up with a pretty great lady and she followed me to Florida!

Lastly, that time I took on the CIA.

How I Learned, at the long lost Happy Endings bar. Man the house was packed that night. Either I had just moved to New York or I was going to soon. Fun fact, this one is about the same woman as the one above about the girl who followed me to Florida.

This one is about the first time I ever got my eyebrows done. I have very mixed feelings about my relationship with First Person Arts over time, but they got me into the storytelling scene, and those have been fun nights. I wish I had done more of it.

As I get on more shows, I'll add them here. Invite me onto more podcasts, folks! They are great fun.