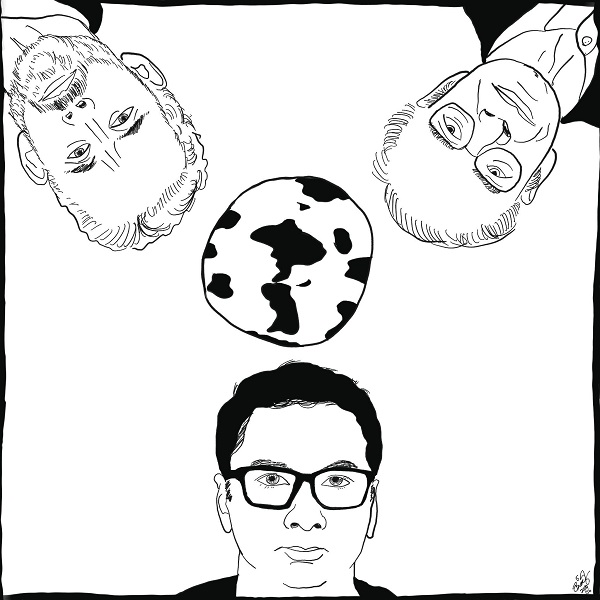 For a while last year, I was going to meetings of the Effective Altruists [EA] in New York City, because ever since learning about Slate Star Codex in January 2019 I have wanted to dig more deeply into the culture that the blog promotes.

If you aren't familiar, though, here's the crux of EA thinking: people in the movement do everything in their power (or that they can muster) to increase total utility/happiness/pleasantness in the world, using evidence-based models to show the way. Most emphasize reducing suffering as opposed to fomenting joy, but either way works.

Here's what I realized: EA is a church. And it makes sense that EA is a church even though it has nothing to do with any kind of God, because we are in this moment where globally people are trying to excavate good practices that were pared away as society over-committed to science and reason.

Venkatesh Rao has said that we are in a Great Weirding right now, and in a post he put out this week on his Breaking Smart newsletter, he largely traces the history of the Great Weirding through a series of populist political victories. It's tempting to view the weirdness then as a political phenomenon, but I think the rationalists bringing back ritual gatherings (EA as churches) also fits into this larger theme.

Georg Willhelm Friedrich Hegel contended that history had a purpose, but that idea has largely gone out of fashion. With the Enlightenment, reason ascended. But with reason, all conclusions have to be derived objectively and there's no objective proofs for life's purpose. Existentialism (in my opinion) was an antithesis to Hegel's purposeful march of time, saying that there are no clear answers to be found external to a person, he can only find direction in himself. This either yielded empowered, emboldened individuals or nihilism.

It led to nihilism.

The great mass of people don't want to be empowered. Most people want to be led, if not by someone than by an organizing set of ideas that put them in common purpose with their neighbors so that they just know what to do with themselves in between barbecues, because barbecues are what they actually want.

So Hegel's purposeful history was answered by Existentialism and now we are in a time of synthesizing the two, and it feels weird.

On the brink of the unknown

This is a time of synthesis, and times of synthesis are painful. The ascent of science imposed a reason-based global order which made the planet richer than ever, but nevertheless has been found wanting.

Let's go back to this rationalist church thing, because it's less disturbing than idiots rallying around madmen.

As the world has modernized away from faith I have lamented everyone abandoning church-like activities, wondering if there were some way something similar could be instigated. And look at that: Peter Singer wrote some books and it's happening.

It took a while because modern thinking is weirdly superstitious. Last week I expressed anxiety about ever nodding in agreement with anyone who might be viewed as problematic by the culture. It's like if a militia member said "Twinkies are good" I'd have to give up Twinkies, you know? I'm never going to join a militia, but I can agree with literally anyone if they say that that golden sponge cake with light cream filling is delicious. If I did say I liked Twinkies in this context there would no doubt be a thinkpiece on Vox denouncing me for "dog-whistling" pro-militia confections.

When we all achieve consensus that we generally aren't wild about something anymore, there's a tendency to view everything associated with it as tainted. So modern man decided he didn't believe in God anymore, so ergo ipso facto: people hanging out once a week and talking about ethics must also be bad.

Churches were thought of as dogma transmitters. Abandon them! If you're actually a part of the church world you know that it's generally much more about joining softball teams and contributing stuff to garage sales than it is about dogma, but it's hard to see that from the outside.

My larger point though is that we're seeing a lot of ways in which people are expressing dissatisfaction with The Enlightenment project of tying everything about life to reason. Reason only works if things can be put into words and evaluated with logic. There probably is a logic for just about everything, but we don't actually have words for all of it yet and we won't for a very long time.

Yet there are emergent wisdoms out there we can't yet explain. If you want to hear more about this listen to the spoken version of this in the audio file above, but Jane Jacobs articulated a lot of this in her Death and Life of Great American Cities. The 20th century planner destroyed much of what was good about cities by imposing order that made sense on paper and made no sense in practice.

Jacobs helped people to find language for the emergent wisdom of cities' organic forms. The logic of these designs isn't that legible to the rational, university trained mind, but that logic is there.

On a lot of levels, this is the larger message that Jordan Peterson espouses. Peterson has been made a bogeyman, so much so that I had to look into the guy. What I found was someone strongly committed to science and reason and yet who has also found it wanting. A person who is trying to help people get through life without feeling as though they wasted it.

He teaches that people. don't and can't understand all the wisdom encoded in traditions. Just because that wisdom isn't readable doesn't mean it's not useful. He senses the synthesis is out there, too, I think, and he's grasping for something we can't see (he can't either, he just suspects it's there). He's reaching for an unknown, and that unsettles everyone. It's easier to completely dismiss him because he's said a few things that don't quite fit the prescribed script rather than to grapple with his larger project.

Meanwhile the great mass of dissatisfied people are simply sewing chaos. The experts and the educated have left too many behind, so damn the torpedoes. Elect madmen.

But that's not the only place where people are looking past what can explained logically. Beyond EA's bringing back churchgoing, there's also a nascent movement out in Silicon Valley called post-rationalism. This lot doesn't know what they are just yet — they mostly shitpost under alt accounts on Twitter and much of what they write barely makes sense, but they certainly have a critique of pure reason.

The world needs a new phase of philosophy. Leaders need to take people in a new direction, but they don't know where to point. This is no surprise. People born to be leaders are vessels for a set of ideas. The wise articulate the way and leaders shepherd. We have plenty of leaders, but we await the next sage.

Philosophy has to enter a new phase, and I think it will. If nothing else, we need a new philosophical framework that incorporates the internet. Philosophy has always concerned itself with the nature of language and how we know. Now we have this massive new global brain that changes how we make sense in ways that the prior sages could have never anticipated.

The Voltaire of the Internet, the Sartre of SSH, the Hume of Hypertext is overdue. Our sensemaking makes use of this apparatus but we haven't incorporated it yet into our understanding. Not really.

If for no other reason, the internet alone begs for a great lurch forward in philosophical thought.

Hegel contended that history had a purpose. He believed the purpose was to make man truly free.

The Greeks were good but they didn't actually have consciences, in Hegel's view — they just lived in good societies and people did the right thing because that's what one did. Then humans became more free by developing consciousness of the self, but that became a relatively rudderless way to live.

Then Christ (or the idea of Him) comes along and he shows people that they were both human and spirit, so man could effectively be his own priest. This sets man more free because he can both be self-conscious and yet not despair. Etc. Etc. Etc.

The point is to see history as moving forward. Once man was empowered by his spiritual nature he needed to become truly free by accepting that he has a duty in this world. One can only be free in a world that's well organized and reasonable. So we each have a duty to maintain that orderly world so we can all be free.

Hegel couldn't see beyond that moment, and in fact I think it remains to be seen whether or not freedom was actually the end point. Hegel thought once he wrote it down everyone would see it was so and peace and prosperity could reign.

In fact that hasn't happened. Well, part of it has. The idea that the whole world should be organized by reasonable minds making rational seeming decisions has reigned. And so economic hitmen fanned out over the land, ~spreading prosperity.~

Things are weird now because there is a sense that we have not quite found an adequate system for getting what we're due out of this life. It could be better. The Age of Reason is fraying well beyond the edges, and that's not just because chaos is taking over.

I'd like to think that on some level #StayHome will accelerate the finding of the new things, that the right people are reading the right books and thinking the right things in this time and someone is going to articulate the right framework of thinking that will turn the Great Weirding into the Wide Cooling.

That is, life gets much cooler, much groovier, much more exciting everywhere, both in that we have dope new language to discuss existing that many people get excited about and that it provides the impetus to literally cool the earth, the existential problem that we all really do need to unify around.

Yes, people are turning to sociopaths and con men to run nations in the ground, but it's because we are in a moment of trying different ideas. People are also reading a lot more very long blog posts that illuminate very complex thoughts, because people want to find a new way of thinking about life so that we can all keep doing it. That is: life.